RedFox Games is an American game publisher that blew up the game industry with such hits as Black Desert, RF Online and Rumble Fighter. 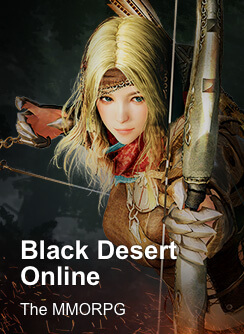 RedFox Games is a successful publisher with an audience of over 5 million players in North America. However, even the experienced teams found it difficult to quickly enter the developing countries’ markets.

Black Desert is an online role‑playing game with a seamless open world that has carefully adopted all the best features of other MMOs. It is filled with battles and epic sieges for the right to own territories. Besides that, players can engage in trade, agriculture and housing arrangements, while the advanced character editor makes it possible to recreate your almost exact copy. And all this comes with ultra‑modern graphics, splendid landscapes, and dynamic weather.

“For foreign companies, South America is a complex market: there’s no developed infrastructure and the connection between providers is poor. And that is typical for developing markets. We faced similar problems when we were building infrastructure for World of Tanks in Russia. Therefore, when RedFox Games contacted us, we knew where to start.”

Entering the Latin American market is not an easy task

Latin America is a fairly closed region. To enter this market, you need good connections and a lot of patience. But most importantly, you need huge investments, as there are heavy duties on imported equipment, expensive traffic within the countries, and bad connectivity between providers.

This makes it almost impossible for many game publishers to enter a new market.

But we found an unconventional solution

We chose the optimal location for the RedFox Games cluster—Miami. It is positioned at the junction of IX, in close proximity to Latin America.

You’d think it’s an obvious solution and it all looks easy. But implementing this idea turned out to be a real challenge for us.

During the first tests, traffic was distributed via bypass routes, sometimes it was even “lost”, greatly increasing the time of content delivery to gamers.

In order to set up the optimal route, we obtained the Internet provider’s license, contacted all the mainline operators and agreed to route the traffic along the shortest possible path.

The properly‑built relations with 3,000 peering partners in Latin America helped us a lot.

Then we fought off numerous DDoS attacks

Before RedFox Games entered the LATAM market, there were pirate services with Black Desert. And when the project was at the closed beta stage, DDoS attacks on the official publisher were started. We received inumerous attacks of various types in the first two weeks, some of them reached 300 Gbit/s at their peak.

Thanks to our high‑end equipment based on Kinetic and using local cleaning centers, we successfully defended the official game site from pirates.

And what’s the result?

We built the entire infrastructure from scratch with RedFox. The project has been launched, protected, and is successfully operating. Gamers are playing. The client is happy.

“Gcore is one of our key partners for successful distribution of Black Desert Online in Latin America. Resilient and agile, Gcore met all expectations.”

“Our next step is our own spot in Brazil, which will make the service even better not only for RedFox, but also for our other customers who plan to enter the Latin American markets.”

Infrastructure for billions of gamers around the world: The experience of Photon

Founded in 2004 for mobile, PC, Web, Console, VR/AR, developers use Photon to create games and applications that offer synchronous…

When it comes to the technology infrastructure that supports their operations, gaming industry businesses are unusual. Very unusual. This is…

Saber Interactive is an American video game development and publishing company founded in Florida in 2001. It has more than…

How to save 40% on the infrastructure of a multimillion-dollar game: the experience of Sandbox Interactive and Albion Online

Sandbox Interactive GmbH is an independent game development studio, founded in 2012 in Berlin. The company strongly believes that creating…